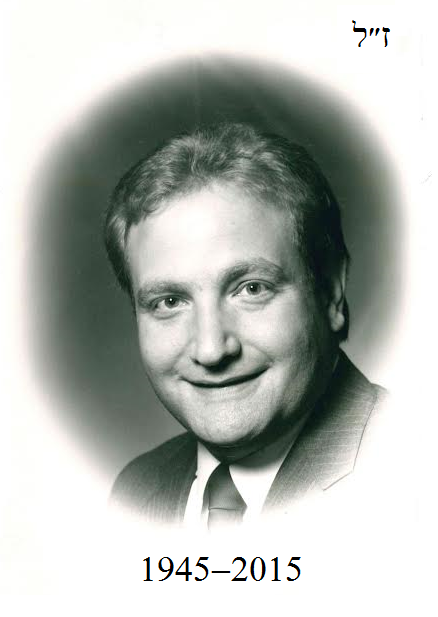 He had been diagnosed in March 2014 and went public with the emotional process of passing the torch to his triplet sons, Adam, Brian and Jonathon, who become the fifth generation to own and operate Levine's. Daughter Lindsey is also an owner of the business.

Beginning at age 14 with menial tasks, Mr. Levine was an almost constant presence at the business his great-grandfather founded in 1883. He told The Inquirer in September 2014, "There was nothing else I wanted to do."

He progressed from washing cars and scrubbing floors to becoming an adult source of comfort and guidance to bereaved families throughout the area. It didn't matter what hour the call came in that someone had died, Mr. Levine went to support the family.


"He was available at any time - 2 a.m. or 2 p.m.," his family said in a tribute. "He would always return calls. He often said that his business was 24/7, and the only way to get away would be to go away. With all of the restrictions, he loved the people and the friends and relations that he built over the years."In the New York Jewish Week newspaper in 2014, Rabbi David Wolpe, a Philadelphia native and spiritual leader of Sinai Temple in Los Angeles, cited Mr. Levine's kindness and availability as an example of being "on the emotional front lines day after day."

Born in Philadelphia, Mr. Levine began working for his father, Leonard, at 14, commuting after school on weekdays to the funeral home, then at 1512 N. Broad St. He also would help out on weekends.

Mr. Levine received his undergraduate degree in business at St. Joseph's University and his degree in mortuary studies at the Pittsburgh Institute of Mortuary Science in 1970. He became licensed as a funeral director in July 1970.

Learning from his father's example, he developed Levine's into a business based on trust, personal involvement, and compassion.

Former Philadelphia District Attorney Lynne M. Abraham, who has known the Levine family for years, said Mr. Levine was "everything you would want in a caring human being. He would take a personal interest in what you were doing. He was quiet and assured, and he did not run [Levine's] as a business. He ran it like a compassionate care community."

Abraham said she visited Mr. Levine several weeks ago, and they had a frank talk as old friends. "He knew his end was drawing near," she said. "I'm happy we had him for as long as we did. His memory will be for a blessing."

"He gave the same care to the affluent and the disadvantaged," his family said. "Everybody wanted a part of him, and he gave not only to charities, but to individuals in need."

In 1986, Levine's acquired Haym Salomon Memorial Park in Frazer, Chester County. In 1996, Levine's began operating from a branch in Broomall, Delaware County, and in 1999, a third funeral parlor opened on Street Road in Trevose, Bucks County.

In addition to his commitment to his family and business, Mr. Levine was active in the Jewish community.

Mr. Levine was a leader of the Golden Slipper Club and the former Golden Slipper Club Uptown Home for the Aged. He also served as cochair of the Jewish Federation of Greater Philadelphia Allied Jewish Appeal campaign with Ralph Snyder in the mid-1990s.

Mr. Levine received many honors, including the Golden Slipper Club Gold Medallion in 1987; the Myer and Rosalie Feinstein Young Leadership Award in 1985; the Philadelphia County Council Jewish War Veterans Man of the Year citation in 1986; the Passover League of Philadelphia's Award of Merit in 1989; the Jewish Theological Seminary Shin Award in 1999, and the Israel Unity Award, State of Israel Bonds, in 2000.

He was a member of Har Zion Temple in Penn Valley and Green Valley Country Club in Lafayette Hill.

He gave generously to the Golden Slipper Club and Charities, the Auerbach Central Agency for Jewish Education, and the Jewish Federation of Greater Philadelphia.

As a father, he was "awesome," his children said in a conference call. "And we got to work with him every day."

In addition to his daughter and sons, he is survived by six grandchildren, a sister, and Leslie Wolf, his former wife.

Funeral services are to be held at 2 p.m. Wednesday, July 1, at Har Zion Temple, 1500 Hagys Ford Rd., Penn Valley. A visitation begins at 1 p.m. at the synagogue. Interment will be private.